Niku-Mons in the conbini, boots-with-the-fur on the shelves, snowmen and jack-o-lanterns for sale at AEON mall...summer is apparently, over. Summer has never been my favorite season, probably because the summers are so long in New Mexico and Texas. Yet, this year, I wish it would last just a little bit longer. Last summer everyone said that the rainy season wasn't really so rainy, but this year it seemed to dominate the season. It was certainly rainy on many Sundays and Mondays thus ruining many beach plans. My fingers are crossed for sunny weather this month so maybe we can squeeze in a few more beach days.

Like last summer vacation, I went to Tokyo for a few days. 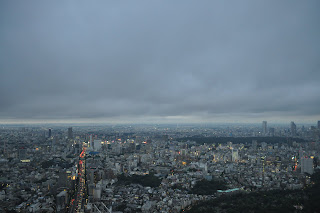 Our plan to climb Fuji-san was thwarted by a typhoon, but it turned out for the best. Had we gone ahead, we would have been on the summit when a big earthquake hit Shizuoka prefecture. I'm sure it would have made a great story, but instead, we had a good time out dancing that night. I visited some of the same places and some new ones. Overall I felt really comfortable in Tokyo and started to develop Tokyo-envy. I think it helped that my Japanese has improved. I met some new friends and met up with some I hadn't seen in a long while. 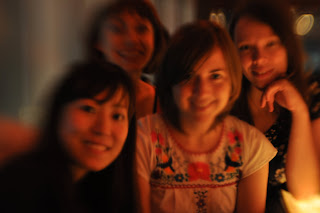 As much as I enjoy big cities, I was ready to come home, to Hiroshima. The weekends are always such a blur, it was a treat to have a few days in a row to spend with my friends. Speaking of friends, there seems to be a mass exodus right now. It's hard to believe that I have already spent a year or more with some of these wonderful people, and now they must go. But it's kind of part of the deal of living abroad and I'm just grateful for the time we've had! 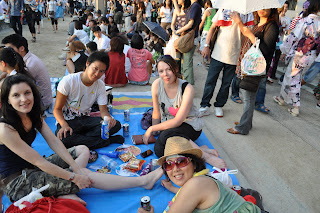 This will be a rather sad transition into fall, but it is my favorite season. I love fall in Japan. I'm running again for the first time in years. I have fun new lenses for my camera. Plenty of friends are sticking around for awhile. (I think it's impossible to be lonely here.) Year number two is underway.
Posted by Whitney at 8:52 AM No comments: